With the 11th overall pick in the NHL draft, the Flyers will have a lot of top end talent to choose from. Here are some of the players that might hear their name called by Paul Holmgren come draft day

Ristolainen is the most NHL-ready d-man in this draft besides Seth Jones. Playing the past two seasons in SM-liiga, Finland’s top league, Ristolainen knows what it takes to play with men. He isn’t a flashy player by any means but is extremely sound defensively. He’s a good skater who is still trying to find his offensive game, which some scouts say has been coming along. Ristolainen is a pretty safe bet to become a decent NHLer, but he may need another season in Finland or the AHL before making the jump. 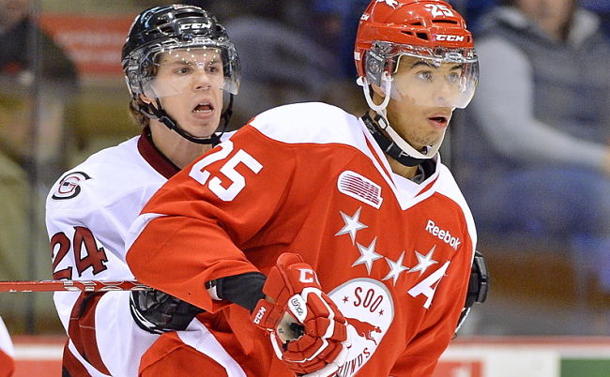 A 6 foot 5 defender who says he models his game his game after Chris Pronger, Darnell Nurse may be the perfect fit for the Flyers. With a strong tie to the city of Philadelphia (his uncle is former Eagles QB Donovan McNabb), don’t be surprised to see Holmgren take Nurse if he falls to 11. An intimidating force on the ice who uses his physical game to shutdown opponents. He is a good skater for his size and is regarded as one of the best athletes in the draft. With an improving offensive game and already impressive defensive tools, Nurse would be a steal for the Flyers if he fell to 11.

Morrisey is a classic offensive defenseman. He’s a great skater with above average vision and a booming shot and can move the puck out of his own end, something the Flyers lacked at the NHL level. Morrisey and his 47 points were a vital part of leading Price Albert to the playoffs last season. He needs to work on his overall defensive game and strength if he wants to make the jump the NHL.

As a 6’4 190 winger and the QMJHL leading scorer, people may wonder why Anthony Mantha is not a top 5 pick. His consistency is the biggest flaw in his game. Scouts say Mantha is known to disappear at times and light it up at others. He has one of the best wrist shots in all of junior hockey and is a force when driving his way to the net. Even with all the knocks on him, Mantha surely knows how to put the puck in the back of the net. While the Flyers biggest need in the pipeline is defenseman, don’t be surprised to see them grab a winger with their first rounder.

Hunter Shinkaruk is one of the most dynamic players in this year's draft. Doesn’t have blazing speed but is still fast and extremely shifty which allows him to get around defenders. His best asset is his stickhandling. Shinkaruk has some of the best hands in the draft and scored a number of highlight reel goals with Medicine Hat last season. Shinkaruk needs to get stronger in order to compete in the NHL but the thought of him on Claude Giroux's wing is something that would get Flyers fans very excited.

June 28, 2013 5:12 PM ET | Delete
No Pulock? Good list. I think Pulock brings them the most-needed elements and has potential to be very, very good.
KingPauli

June 28, 2013 5:22 PM ET | Delete
The bottom line is Homer better walk away with a Dman who can play from day one and have an impact or he failed to do his job.