1st pick (2nd overall)- Jack Eichel (Center); The Sabres get their franchise centerman. Eichel will immediately step in and produce for one of the leagues worst offenses. The Sabres may be crowded at the center position but there is no doubt Eichel immediately jumps to the top of the depth chart. The Sabres may have just cemented themselves as the deepest team at that position.

2nd pick (17th overall)- Kyle Connor (LW/Center); An explosive skater and talented goal scorer , Kyle Connor could be the total package that the Sabres are looking for. With Connor, The Sabres get an elite skater with dangerous offensive tools and a fearless attitude. Connor could be the Sabres top line winger of the future and would look very nice next to his fellow countryman Jack Eichel. “Kyle Connor saw himself go from streaky offensive powerhouse at the start of the season to a hard to contain sniper w/ complete game focus. He was as polished as any draft eligible and evolved into a marked man combining precisely explosive bursts peppering goalies with shots. A very decisive player with the puck, Connor has sharpness in his skating and a crisp touch on puck handling, passing, and shooting making him dangerous in the blink of an eye. His rinkwide effort and unafraid bee lining to the puck was remarkable to see from such a talented goal scorer.” –Draft Buzz 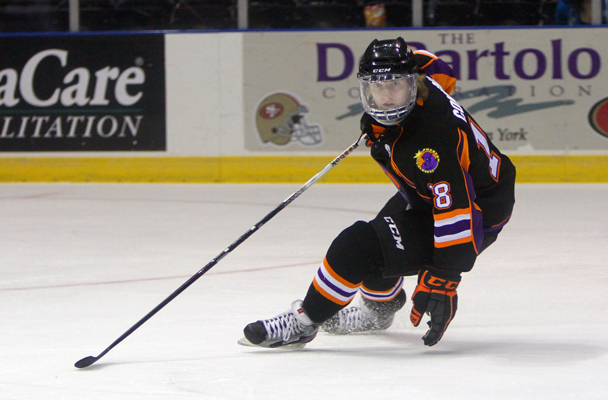 2nd pick 24th over all- Filip Ahl (Left Wing); Sticking with their recent trend of big tough, players, the Sabres go with Swedish Left winger Filip Ahl. With this pick, the Sabres solidify their LW prospect pool and gives them an intriguing option on the wing. An NHL ready frame with snarl and Top 6 upside?….um yes please. “He’s 6’4”. He’s 215 pounds. He’s tearing apart Sweden’s U20 league with 25 points in 19 games while also finding himself in the penalty box more than just about anybody. And he’s only 17” – Hockey's Future

A reminder: This is just for fun.
Filed Under:   prospects   buffalo   draft   sabres

December 12, 2014 9:00 AM ET | Delete
Umm, except for the fact that we arent even going to be close to getting the second overall pick. Way to screw up the tank this year guys!
piazza59

December 18, 2014 10:51 AM ET | Delete
If Buffalo drafts third, i can see you guys grabbing Strome in lieu of Hanafin given the strength you already have at D.
piazza59