Posted 1:02 AM ET | Comments 0
As reported by Mark Spector, Elliotte Friedman, and others, the Edmonton Oilers have a 48 hour buyout window available to them after requesting arbitration with defenseman Justin Schultz. Today, the first 24 hours of that window passed without Peter Chiarelli opting to use it.

One of the reasons the Oilers were inactive for the first 24 hours may have been that Chiarelli is trying to iron out a trade that would see much maligned blue liner Nikitin Nikitin traded with salary retained. This would allow the Oilers to rid themselves of one of the many options they have for 5/6 defensemen, without being on the hook for another year of his salary; as would be the case if they bought him out.

It's entirely possible that Chiarelli is attempting to move one (or both) of Nikita Nikitin and Andrew Ference, and in the event he is unable to do so, a buyout will occur for one of the two.

There are good arguments to be made for not opting to use the buyout at all. Mainly: The Oilers will be up against the cap in as little as 2 years (assuming Yakupov isn't traded by then and is due for a raise), and almost certainly in 3 years once Connor McDavid's Entry Level Contract expires.

While there will be Salary coming off the books at the end of next season in the form of the expiry of the Nikitin and Purcell contracts (9 million just between the two of them), the Oilers need to manage their cap space very carefully moving forward, lest they blow their opportunity for success with the young core they were gifted through the draft lottery. Exercising a buyout complicates that process by adding salary for an additional year in Nikitin's case, and 2 years for Ference.

Unfortunately for the Oilers, the same mismanagement that has landed them 4 #1 overall picks after 9 years of misery has also had a hand in handcuffing them this summer. Look no further than Andrew Ference.

While Ference is considered a great contributor to Edmonton's community, he is without a doubt overpaid for a 5/6 defenseman at 3.25 million per year. He also has a NMC in his contract, which not only prevents the Oilers from burying him in the AHL, it means he can choose where he goes if the Oilers wish to trade him, or not to go at all. He's also under contract for 2 more seasons.

If we assume the Oilers start the regular season with Reinhart and Nurse in the AHL, the defense looks something like this:

While the team would still have close to 8 million in cap space, 4.5 million is a lot of money to pay someone to sit in the pressbox all year, and even if we slot Nikitin in on the 3rd pairing, that leaves Gryba on the outside looking in.

While this is manageable, it's certainly not ideal if the Oilers want to be within spitting distance of a wildcard spot in March of next year. Chiarelli needs to look at trading for a right handed defenseman capable of playing on the top pairing beside Sekera, or sign one that is still available via free agency (Franson, or possibly even Ehrhoff for more depth, as examples).

The problem lies in the fact that IF the Oilers have the option of adding another defenseman, they are immediately handcuffed by Ference's NMC:

This assumes Nikitin is buried in the AHL. In such a scenario, the Oilers are still on the hook for a large portion of Nikitin's salary, while being forced to use the recently acquired Gryba as a 7th d-man because of their inability to send Ference down. They certainly can't have their Captain sitting in the pressbox.

None of this even addresses the fact that Peter Chiarelli has stated on multiple occasions that he expects Reinhart to start the year in the NHL (which is a reasonable expectation, considering what the oilers paid for him), or that either of Reinhart or Nurse would probably be upgrades over Ference.

How Chiarelli cleans up the mess left to him remains to be seen, but the fact that the club opted to take Schultz to arbitration to trigger a second buyout window only to later settle and give him a raise, seems awfully conspicuous. I suspect a defenseman will be bought out tomorrow, and despite the cap issues it creates, there just might be a good case for that defenseman being Andrew Ference.

In the event the Oilers close out Sunday without pulling the trigger on a buyout, it's safe to say the D is set for the start of the regular season, and any talk of competition for roster spots by guys like Reinhart or Nurse is nothing but blown smoke. 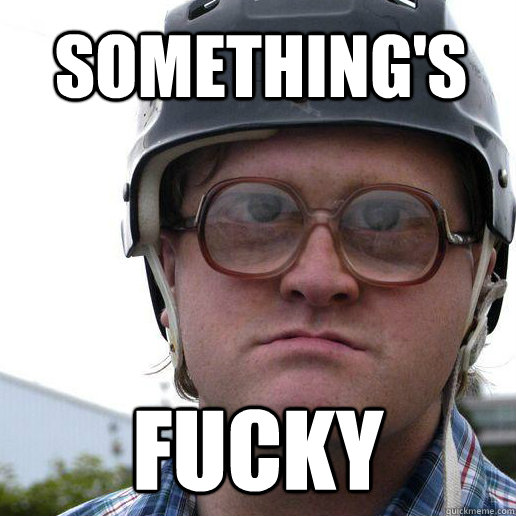