Posted 10:13 AM ET | Comments 3
Alright so definitely an interesting trade deadline day in Buffalo.
Moving Pomminville, Regher, and Leopold was a great idea without a doubt. Am I completely happy with the return on those players? Not yet. I know that getting two prospects and a first rounder and a second rounder for Pomminville seems great. The problem is do we trust Darcy and this administration to get those players, and potential players, where they need to be to help this team win? I do not. Time and time again we've seen promising prospects come through here and not truly develop. Myers, a great rookie season followed by mediocrity. Gerbe, small tough guy who has a lot of heart but really has not accomplished much. Not to mention the mishandling of Grigorenko. The list goes on. Also we still have Stafford and Hecht on our roster.
Now the question was brought to my attention, as it should have been, who would want those 2 guys? Hecht well...I don't have an answer to that. Other than years of experience he does not have much upside. Stafford does. He brings a lot to the table despite being inconsistent at best this season and arguably last season. I heard that several teams discussed their interest in Stafford and it seems Darcy would not pull the trigger on a deal. It is also troubling that we went for a goalie because many feel that could be a sign that we're planning to move Miller very soon and I do not feel we could handle that.
A final farewell to Pominville he did do quite a bit during his tenure in Buffalo and I thank him for that. The main issue I have with these trades is that there's no way of knowing if the moves were really good RIGHT NOW. The prospects could turn into great players and the draft picks could end up being strong goal scorers we desperately need. Who knows? That is why my overall grade for Darcy for the 2013 trade deadline is a B-/C+. Good I guess but not great. 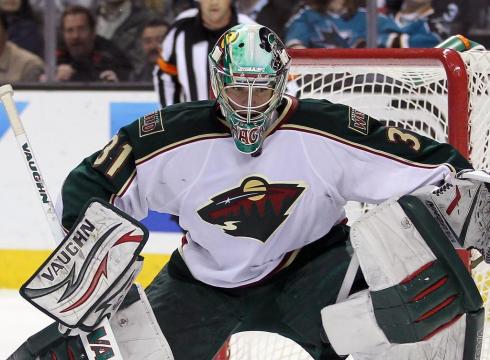 April 4, 2013 12:24 PM ET | Delete
Just stating my opinion and summaries of the trades. If you find it too obvious then alright
flamesfan1981

April 4, 2013 1:03 PM ET | Delete
I would trade Darcy R and ownership of the Sabres for Jay Feaster and the ownership of the Flames any day :). I think Darcy did a heck of a job getting good returns for the assets he traded away.