Posted 8:59 AM ET | Comments 9
Part three of revisiting some of the recent bigger deals in the NHL involves the Philadelphia Flyers (again) and the Los Angeles Kings. This was the 2nd impact deal the Flyers made in the summer of 2011.

This time they sent their captain Mike Richards to the LA Kings for Wayne Simmonds, Brayden Schenn, and a 2012 2nd round pick.

This was the 2nd huge trade the Flyers made last offseason in an effort to change the climate and culture of their hockey team. Mike Richards had signed a lengthy 12-year contract extension worth $69 million on December 13, 2007. This trade much like the Carter one was a surprise and was not one that people were anticipating.

Richards did however suffer a concussion on 12/1 against the Florida Panthers on a Sean Bergenheim hit. Richards missed 8 games and his offensive production has been slowed since that injury. Before the injury Richards had 11 goals, 9 assists for 20 points in 24 games played. Since the injury he has played 25 games and only registered 3 goals, 5 assists for a total of 8 points, including a current stretch with only 1 goal in 22 games. If the Kings are going to make any noise in the playoffs this year they will need Richards to find his early season form. Long term I do not think Richards offensive struggles will continue, he is too much of a competitor to let that happen.

On the Philadelphia Flyers end they decided much like Carter, that Richards was not in the long term plans of the club and moved their captain and his long contract out of town. Like Carter there was much speculation about Richard’s off ice activities and that most certainly played a role in his departure. Holmgren wanted to move in a different direction with his franchise and has definitely done so by trading his captain away. One has to think the Chris Pronger addition to the club was a factor in the decision process. By having Pronger on the team they had a bonafide super star to take the reigns of captain and fill the leadership void that was left with Richard’s departure.

The Flyers received a very good top 9 forward in Wayne Simmonds. Simmonds can play in any situation and has relished in his new role with the Flyers. He is on pace for career highs in goals, assists, and points and there is still two months left in the season. In fact he already has bested his career high for goals in a season, as he currently is sitting on 18 (previous best of 16). The reason for the jump? The Flyers have utilized Simmonds much more on the PP than the Kings ever did. In three seasons Simmonds would receive just spot duty on the PP as he only scored 3 PPG in his LA tenure. In Philadelphia he has already doubled that number by scoring 7 PPG in just 56 games. Simmonds is doing a great job in his new role with his new team. Between the additions of Simmonds and Jagr the Flyers went from 16.6% on the PP in 2010/11 season to 19.5% currently in the 2011/12

Brayden Schenn was the LA Kings top prospect and his name would always seem to pop up in trade rumors that involved LA. The Kings thought highly enough of Mike Richards and involved the younger Schenn in this deal. Schenn has a ton of potential to be a complete hockey player. He was known for his offense with the Brandon Wheat Kings of the WHL (224 GP 116G 199A 315 pts), however he has the potential to be solid in both ends of the rink. Like Sean Couturier, Schenn has made an impact with the big club has done a great job in a 4th line role.


Schenn may have started the season in the minors however that seems to have been a cap saving move as laid out by TSN’s Darren Dreger:

Schenn’s contract, negotiated by the Los Angeles Kings will pay him $900,000 this year, plus $850,000 in entry level ‘A’ bonuses for a total of $1.75 million, however Schenn has substantial ‘B’ bonuses included in his deal that would be very cap unfriendly to the Flyers.

The ‘B’ bonuses in the first two years of his contract pay Schenn $1.265 million and $1.405 million if he plays 25 minutes in each of the 82 regular season games.
These are unlikely, if not impossible bonuses to achieve, although Philadelphia isn’t willing to take the chance and face the possibility of having to absorb a cap hit of just over $3 million, so to cut the cap hit to a reasonable $1.75 million for this season, Schenn will be assigned to the Philadelphia Phantoms for at least one game, therefore nullifying the ‘B’ bonus clause this season.

Schenn has had the injury bug much like Richards has this year as he had shoulder issues in training camp, and broke his foot in the October 26th game against Montreal. Schenn missed action for a month recovering from that injury.

Schenn has added 8 goals in his role and has done a nice job of killing penalties. Having Schenn play a more defensive role earlier in his career could end up paying huge dividends for the Flyers as he could be a player who excels in all three zones and be a core player for many years. Most impressive is that he seems to save his best for one of the best goalies in the world, Henrik Lundqvist. In 3 games versus Lundqvist he has scored 2 goals, his first career goal coming in memorable fashion on the big stage of the Winter Classic.

Unlike Richards, Schenn has bounced back from his injury and is coming on as of late, he has 7 points in his last 9 games with an impressive 6 goals.

The Flyers also received a 2012 2nd round pick from the Kings, that pick obviously has yet to be made.

Overall this was a good hockey trade for both clubs as each team addressed their needs. The Kings received a solid all around top 6 center who has a good track record of success. The Kings will have one of the better top 6 center combos in the league for a number of years as both players are locked up long term.

The Flyers Holmgren once again made a very good deal involving one of his high profile players. It is not the easiest thing to do when dealing the best player in the trade to get fair value back (Jagr to WSH trade, Thornton to SJ etc…) but Holmgren has done that with both of his big trades in the summer of 2011, very impressive. Wayne Simmonds is a great addition and fits in perfect with the Philly roster and Brayden Schenn will most certainly develop into a legitimate top 6 NHL player. Most importantly they will both be RFA’s when their current deals are up making retaining their services that much more likely.

This trade was a win win given both the Flyers and Kings specific situations. I think both teams will be better off for making this trade. 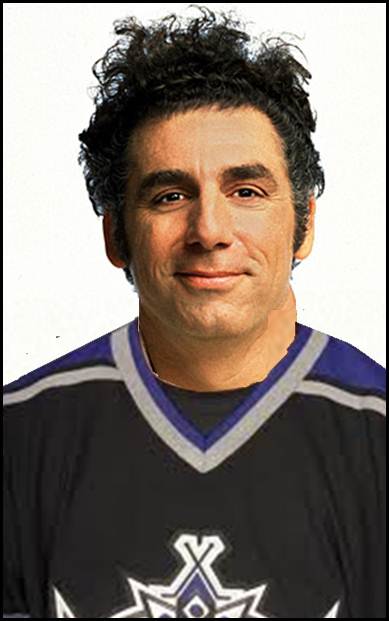 February 14, 2012 1:19 PM ET | Delete
While Richards was by far my favorite flyer Philly wins this trade big time! Schenn is going to be great and to add simmonds and a 2 nd round pick ? La got hosed as bad as Columbus did. Now trade carle for picks go get the goose and trade picks jvr for weber. Amnesty clause get bryz out of here get a young goalie like bernier and watch out NHL in 2 years. Simple
Richieattack18

March 13, 2019 6:30 AM ET | Delete
Yes, part three is revisited for the hockey ND all other grounds for the players. The approach of the site of https://askpetersen.com/essayshark-com-review/ is done for the humans. The revisiting of the term miscalculated for the options for the individuals for the formal stances.
jha3244

August 2, 2019 4:13 AM ET | Delete
A most of the peoples are convinced to read there given instruction because they are showing every details in mesothelioma compensation to every patient. there write information are very supportive from file this compensation.