The Spectrum. The little brown building at the corner of Broad Street and Pattison Avenue in South Philadelphia. The home of the legendary Broad Street Bullies. The structure that infected NHLers with the Philly Flu. The place where a blue collar town came to love the ultimate blue collar sport. 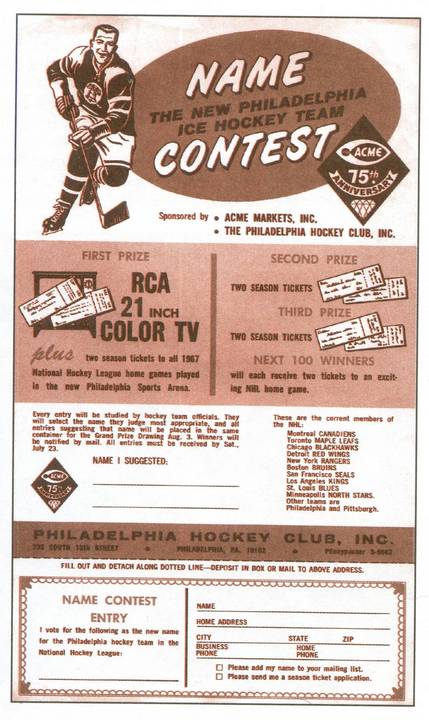 In this, the final year of this glorious old barn, I am going to submit a series of blogs, looking back at key games, and moments, from the building's history.

From Mother Nature removing part of the roof during her inaugural season to the hearty cheers of fans that nearly did the same in 1974 when the Flyers beat the heavily favored Boston Bruins to clinch their first Stanley Cup. From the Cold War visit of the Soviet Red Army team to game 6 of the 1987 finals, when journeyman JJ Daigneault fired a one timer past Grant Fuhr to force a game seven against the mighty Edmonton Oilers there were as many memories created in the Spectrum as anywhere else in the world of hockey.

Some were wonderful and bring a tear of joy to our eyes. Some were tragic, and bring tears of another stripe to our eyes. The Spectrum saw Dorny's goal against the North Stars, Bernie Parent's last game in the NHL, Dave Poulin's 3 on 5 shorthanded goal against the Nordiques in the 1985 playoffs, the Pelle Lindbergh memorial night, the rise of tremendous line combinations, like the LCB and Legion of Doom, the hoisting of Stanley and Calder Cups.

Not all of these moments were even hockey related. The Spectrum hosted some huge NCAA basketball games. One was the 1981 NCAA Championship game, played the day that President Ronald Reagan was shot. The other was the 1992 match-up between Duke and Kentucky(Thanks, Mr Burns) that ended with Christian Laettner grabbing Grant Hill's desperation heave and hitting a turnaround jumper to cap off a perfect game of shooting.

It saw the Sixers win a NBA championship. It saw Dr J defy gravity. It saw the arrival of Moses, who led the Sixers to the promised land a whole lot faster than his biblical namesake led the chosen people to theirs. It saw the debut of the Round Mound of rebound and one of the most opinionated sports commentators around in Sir Charles Barkley.

However, as a Flyers worshipper, I will focus on the events that took place on the Spectrum's ice.

Ground was broken at what was then known as the East League Island Park area of South Philadelphia for the construction of the city's first modern sports arena. 16 months and $7 million later, the Flyers and 76ers moved into their new digs.

The first event was the Quaker City Jazz Festival on September 30th, 1967. Nineteen days later, the Flyers played their first game at home, beating the Pittsburgh Penguins 1-0. The Flyers enjoyed modest success in the NHL's new Western Division, but on March 1st, 1968-during a performance of the Ice Capades-high winds damaged a portion of the roof of the new building, which caused the Flyers to hit the road for a month.

The Flyers played "home" games at Madison Square Garden and Maple Leaf Gardens before ending up at Le Colisee in Quebec City, home of the AHL Quebec Aces. The Flyers finished 31-32-11, winning the Western Division title and managed to open their first Stanley Cup playoffs against the St Louis Blues at their real home arena. Unfortunately, the Blues were a team stocked with veterans who played a rough style of hockey and they eliminated the Flyers in seven games.

Andre Lacroix and Lou Angotti were two of the expansion Flyers best players. 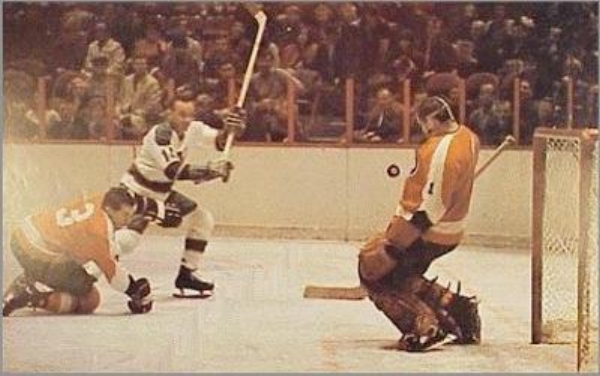 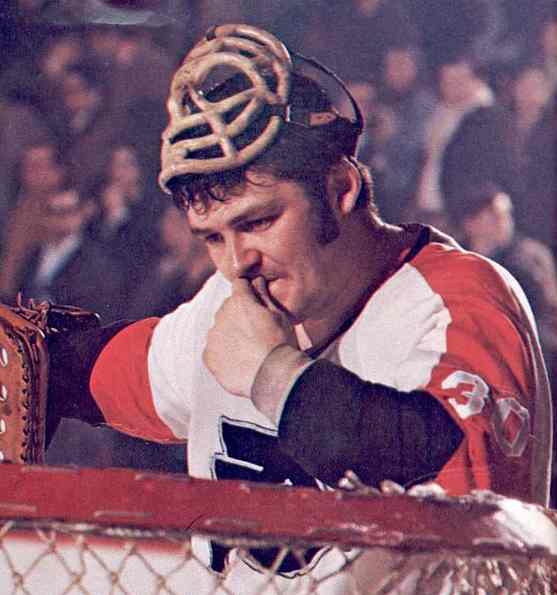 Hall of Fame goalie Bernie Parent was the first player selected by the Flyers in the NHL expansion draft
Filed Under:   The Spectrum   Roof   Flyers   Snider   History   final season

September 19, 2008 10:45 PM ET | Delete
well done, jsaq. i covered the AA final of the 2008 Flyers Cup (highschool tourney) in the spring from the spectrum pressbox. though im only 25, and most of my Flyers memories come from the new building, i still got the chills as i sat in the spectrum that day, knowing it would probably be my last time. anyway, this blog brought those chills right back. again, well done - as expected from you.
davies

September 20, 2008 1:16 AM ET | Delete
Great stuff. While I was in college my family lived in Delware. My Dad wound up splitting a set of season tickets with a few other guys. So I was lucky enough to get to go to a couple Flyers games at the Spectrum when I came home from school. Great place to see a game, and your blog brought back some nice memories. Thanks
Buts16

September 20, 2008 5:47 AM ET | Delete
I've only been to the Spectrum twice but I truly loved it. Great blog!
Greatlakeswimmer

September 20, 2008 10:08 AM ET | Delete
I find it funny how back then a 21 inch color tv was worth more than a pair of season tickets. How times have changed. Great work on the blog
blueshirts4cup

September 20, 2008 6:27 PM ET | Delete
Good blog JS. Gotta love the old 'name the team' entry forms. Regarding the "memories" put-down from McPhees, does anyone have the official memory count stats from all hockey venues? I think it's referred to as MC-Ven/PG (or PS?), but I cannot locate the repository of said stats.
monty burns

September 20, 2008 8:45 PM ET | Delete
point of reference jsaq, the 1991 ncaa basketball game with the famous christian laettner shot was duke versus kentucky. unc was long gone in the tournment when this game was played. nice blog, i have many memories of the 1st year at the spectrum. always sat in the $2.00 seats in section 1 or 30 behind the goal great view of the whole ice. i remember them sweeping both the leafs and rangers at home that year but the hawks hammered them really bad one night. those were the days when a 12 year old could go to the game with his friends on public transportation without parents, try doing that now in philly.
Jsaquella

September 21, 2008 1:58 PM ET | Delete
My bad, Mr Burns-it was indeed Kentucky. Good catch. I blame the fact that I was totally sober for my miscue.
szandor

September 22, 2008 10:09 AM ET | Delete
Nice job JS, the building will be missed. Yet it will be replaced with another who cares strip mall.
nastyflyergirl

April 16, 2019 3:24 AM ET | Delete
You can build your perfect system with the given information. With some hints internet settings windows 10 you will get your perfect location where you will use of this online system How do I sync my settings in windows 10.