Posted 4:32 PM ET | Comments 6
Make that 3-0 at the break on a sweeeeeeet forehand to backhand chip shot in the crease over the sprawled MAF by Jeff Carter. This young man seems to be beginning to understand how big time a player he can be. He has all the tools - that is no surprise - but his mental toughness and sense of "clutch" plays is really developing. He has all the makings of an elite centerman.

Add to that Mike Richards and a core of young Dmen and - maybe a clutch goaltender (gasp) - and this team could be good for years to come.

When I think of an irresistible force, I think of a raging river or the unyielding march of a glacier. The hockey equivalent to this phenomenon just might be the team five hours West of Philadelphia across I-76 - The Pittsburgh Penguins. Not since the days of two guys named Mario and Jagr wearing Black and Gold has there been such a team to come from the Western part of Pennsylvania. For that matter, not since the glory days of, perhaps the best team ever to take the ice - the 83-84 Edmonton Oilers, has a team been this dominant (11 and 1 in its first 12 games) in its relentless push for The Holy of Holies - Lord Stanley's Cup.

Going into the playoffs, the hockey world knew how explosive the Penguins offense could be. They had, arguably, the best player in the league in Evgeni Malkin and uber-talented Sidney Crosby, who ended up playing only 53 games during the regular season but still ended up with 72 points. The Pens upped the offensive ante by making a somewhat controversial pickup of Marian Hossa at the deadline. Many thought the addition to be the final piece to an Edmonton Oiler-esque lineup with Hossa playing the part of Jari Kurri. The question in my mind, and I am sure many others, was not weather this team could score goals - that was a given, but could it play defense and keep the puck out of the net enough so that they wouldn't have to win every game 5-4????

Fast forward to the present. Pittsburgh is 10 and 1 during their run and while Malkin, Crosby and Hossa are constant threats to blow any game open, it is the defense of the Penguins that has utterly stymied every foe to lace them up against the Black and Gold.
The Flyers are no exception.

The Flyers are down 3-0 to a Penguins team that is as hard working and tenacious in every phase of the game as they are skilled and shifty. Pittsburgh has transformed themselves from "offensive juggernaut with weaknesses defensively" to just plain "juggernaut." The 1-2-2 trap they employed once Braydon Coburn went down has been a thing of maddening, frustrating beauty. Penguin forwards standing at the Flyers own defensive blue line waiting for the sloth-footed Orange and Black defenders to either fumble and fritter away the puck or make a cross-ice pass to a waiting Penguano has been misery to watch. Only when a Flyer forward, Carter or Richards, actually take the puck with speed, does the Flyer realize he has now four men around him and no time or space in the neutral zone to make any plays. The Flyers do not use the boards to get out of their own zone - that has been well documented. They insist on making plays to get out and against a team that does not respect the Flyers' passing ability - and they shouldn't. What is left is one-on-four shinny hockey that just doesn't play in game 3 of the ECF. Hats off to Coach Michel Therrien and the Pittsburgh Penguins. You truly have made yourselves into a complete, frightening, unified team. They have become the irresistible force that appears like it cannot be stopped. The Wings just might be the immovable object, but that will play itself out in good time.

But...it is not over until the final horn sounds. Until that time, the Flyers have earned the right to lace them up at least one more time. In order for the Flyers to win Game 4 and restore some swagger to this proud hockey city - a number of "Firsts" must occur. Time is of the essence... 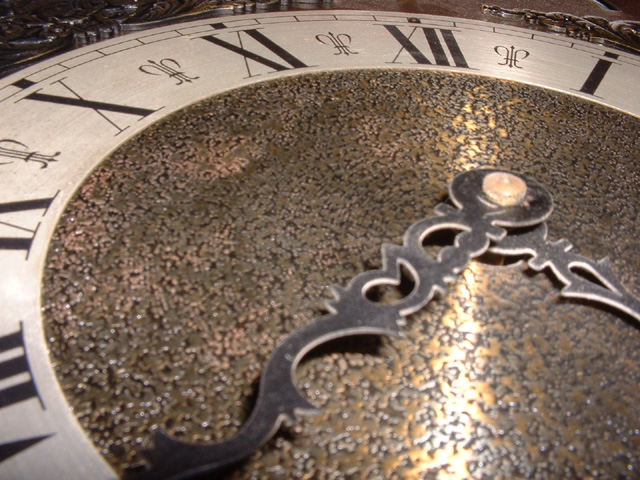 This list of firsts is more of a suggestion than a hard and fast guideline, but I think it hits the high points. * The Flyers must NOT take the FIRST penalty...sounds simple enough, but somehow someone with a Flyers logo seems to warm the pine in the Sin Bin no matter what and the puck seems to end up in the back of our net. Skate away and save your facewash for a better time and place.

* Moreover, the FIRST goal of the game MUST be scored by a Flyer...again, seems logical enough and been accomplished but is a necessity in Game 4. The Orange and Black cannot afford to play catch up in the first period.

* Which leads to my next point, the Flyers MUST win the FIRST 10 minutes of the first period. If the Flyers can get a lead and get the crowd into it - they have been dying to do so since this series began - then it might loosen some of the boys up a little. Too many sticks being ground into sawdust and toothpicks out there by guys squeezing their sticks too tight.

* In order for any of that to happen, the Flyers cycling the puck deep in the Penguins' zone MUST be FIRST on everyone's mind. The Flyers cannot afford to continue to try to be cute with the puck. Get across the red line, bang it deep and work your @ss off to get to the puck and beat your man. The boys need a few ugly goals...the kind that come from hard work and grit - paging Messieurs Hartnell and Knuble, please set up shop in your offices.

* The Flyers MUST land the FIRST big hit. I am sick and tired of seeing Evgeni Malkin leveling one of our forwards. I want him DEAD! I want his family DEAD! I want his house burned to the GROUND! (oops...sorry. Too much Untouchables last night...got caught channeling Robert DeNiro as Al Capone. My bad.)

* I know I said I wanted the Flyers to score the first goal. But what I really want is for the Flyers to absolutely BURY the FIRST chance they get. They need to be decisive and capitalize on opportunities the minute they happen. The first mistake by the Pens has to rip the twine in the back of their net...period. End of story.

Bluto: Over? Did you say "over"? Nothing is over until we decide it is!

Was it over when the Germans bombed Pearl Harbor? Hell no!


Hey...who knows, maybe we will get rolling, too?

May 15, 2008 7:04 PM ET | Delete
love your posts...always a different flavor than most on here. i'm pulling for you guys tonight
blueline

May 16, 2008 1:57 AM ET | Delete
Yo there SYF! Great nightcap read. Glad to see the guys earn the win. Maybe Kimmo and Braydon make it back Sunday. Here's to you and the team. Go Flyers!
millertime

May 16, 2008 8:49 AM ET | Delete
Thanks Miller and Blueline. Miller, I appreciate you taking the time to leave comments - it really does make a difference in how and what I write. Thank you. Tim, your boy Kimmo is going to play on Sunday!!!!! Harts and Upshall have been pissing off the Pens all series long - here's to them doing it one more time!!!!!!!!Keep your sticks on the ice, guys!SYF
Rags2Riches

May 18, 2008 5:51 PM ET | Delete
Great Blog once again syf. Your great pictures will never cease to amaze me, just as your historical (for a 16 yr old) references continues to befuddle me. (thank god for google). Sorry about your Flyers but it was a great run and you fans should be proud. Last place to 4th left standing is a remarkable transition. Here's to one of us beating the Pens next year (cold revenge). Keep it up buddy.
steal_your_faceoff

May 18, 2008 7:16 PM ET | Delete
Rags - It is I who am the one impressed by such well thought out, well reasoned, concise and knowledgeable hockey writings from someone only 16 years old - please do not be offended, as I mean that with the greatest respect. I wish I knew as much about the game at age 16...as you do now. Moreover, you have a quick hitting style that does not get old. Keep it up...I think you are well on your way to being the next greatest blogger. Just keep writing, even when you don't really want to...just keep it up. You have a gift and you need to use it.SYF