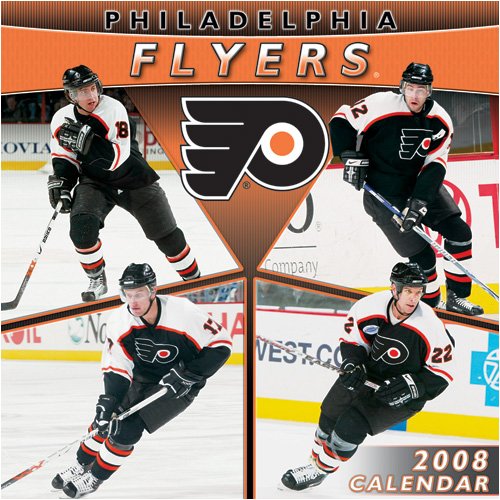 Please don't be too quick to rip the wrapper off your 2009 version of the team calender!!

I think if Coach John Stevens had his Christmas wish, it would be to play the rest of the year like it was the 12th month of 2008! Yes, it is only the 13th of the month, but this December has been a month to remember for the hometown Orange and Black.

During the six games in Santa's favorite month, the Bullies have gone out and decimated teams not with their fists (or sometime those, too), but with their ability to light the lamp, while keeping the puck out of their own cage. In those half-dozen games in December, the Boys have taken 11 of a possible 12 points - let me repeat that for those who might have thought I was talking about the Rangers (nope 5-5 in last 10) or the Penguins (buzzzzz, thank for playing - they were 4-5-1 in their last 10). Your Flyers have gone 5-0-1 in December, 7-1-2 in their last 10 and 12-1-3 in their last 16 games.

How have the Flyers accomplished this amazing feat?

The Flyers have scored the opening goal in 11 of their last 14 games. I'm not sure of the statistics, but I would bet Freddie the Fog's Orange Jacket that the evidence would be overwhelming that the the team scoring first wins the majority of hockey games. Score first, get momentum on your side, put the other team in a hole, force them to open the ice up and thereby create further opportunities.

The Flyers are one of only three teams in the entire league to have 5 double digit goal scorers. With balanced scoring from three lines comes the ability to weather individual slumps, creates a constant and consistent threats to score, makes the team much more difficult to defend and creates mismatches in opposing personnel who cannot concentrate solely on shutting down one line or player.

The goaltending for the Flyers was a source of concern in the early part of the year, that is no doubt. That has changed.

Here are the lines for the season, thus far:

While neither of those stat lines are particularly overwhelming, if you were to then break it down over the past month - you might see an entirely different picture.

The numbers over the last month show a tandem that works well together and gives the team similar, consistent effort with outstanding results.

The Flyers' special teams have been a constant source of pride in recent years. They finished 2nd in the league last year in powerplay efficiency (21.8%) tied for 3rd in shorthanded goals scored with 13 and tied for 9th in penalty killing efficiency. Fast forward to this year, the Flyers are still #2 in the league in powerplay efficiency (at 26.4%), which is just flat out impressive. What has changed is that the Flyers have gotten far more deadly on the penalty kill by scoring a league high 11 shorthanded goals - no other team has more than 6 - and is two short of the shorthanded tallies for the entire year last season!!!! In addition, the penalty kill is now working at an 84.5% efficiency, which is good enough for 7th best in the league.

Pretty darned impressive considering the total of Gagne's and Richards' shorties are a higher total than any any other entire team. This is an added dimension that makes the Flyers even more dangerous than last year - not only can they score on the powerplay (2nd in the league), but they can also score when they are shorthanded (1st in the league).

Let's be clear, the "new" NHL is all about special teams. More penalties are being whistled by more two refs tandems than ever before - therefore, the increased lethality of the PP and SHGs have added import, in that they both act as a dagger through the heart of an opposing team, take the away crowd out the game and pump up the Flyers' faithful while in the confines of the Bank Building.

If the Flyers can keep this pace up for another week or two, they have a very real chance of taking the Division lead from the Blueshirts and fending off the Penguanos long enough to put some distance between them heading into the winter doldrums of the NHL schedule. Now, on to the Rangers... 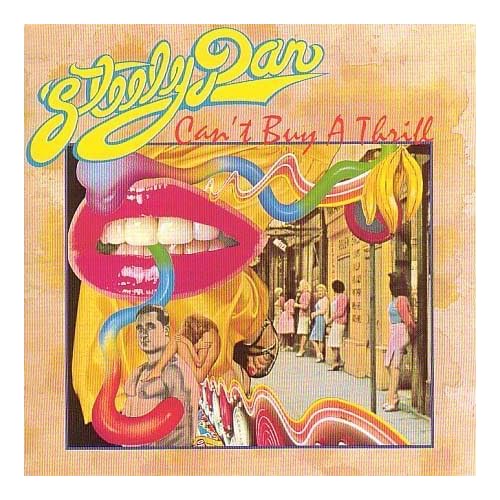 Reeling in the Years (ok...the Rangers)

As mentioned, the Flyers are just two points behind the Broadway Blueshirts for first place in the Atlantic and have played 3 fewer games than their counterparts from the top of the Jersey Turnpike. As Ek mentioned earlier (http://www.hockeybuzz.com...vely-Cap-Clearing/1/18374), the Rangers are trying to shed salary faster than Lindsay Lohan's clothes once she's had a few pops in her in order to try to pick up Mats Sundin to try right their sinking ship. The Rangers are taking on water and I kinda like my position in 2nd place.

At the end of October, the standings had the two teams as follows:

From the end of October through the 13th of December, here are some trends:

POINTS:
Since the end of October, the Flyers have narrowed a +10 gap in points to the Rangers to just a 4 point deficit - with the Rangers playing 3 more games than Philadelphia. Over the next two weeks the Flyers will play 3 home games (Avs, Caps and Sens) and two away games (Habs and Devils). These contests could very well be the crucible that could harden this team's mettle and forge the team into a solid playoff contender or have them melt away under the pressure and fall back to a tightly bunched Atlantic pack. Only time and effort will tell the tale.

I firmly believe, that much like Steely Dan, the Flyers are Reeling in the Years (ok...the Rangers) and should give the Boys from Broadway a run for their money as the season heads into January. As Ek said, the Flyers wish the playoffs began today...maybe not today, but they can go a long way towards that destination with continued focused, spirited and dedicated play.

December 14, 2008 11:40 AM ET | Delete
Great post! Loved it! I would have liked to see the Pens put up a little resistance yesterday. They rolled over...faster than Lindsey Lohan...
Rags2Riches

December 14, 2008 3:56 PM ET | Delete
Looks like someone has inferiority complex and needs to compare his success to the Rangers. Kidding, good blog. I wish MYHB would get more publicity but this new format really eliminates people just scrolling through the MYHB blogs
steal_your_faceoff

December 14, 2008 10:02 PM ET | Delete
Thanks guys. Phig - ya think she rolls that fast? HmmmRags - Sorry my man. I had to take a shot at your boys, but I was man enough to include the Rangers in my tag. It is going to be interesting to see how they battle over the next month, or so. I hear ya on the MyHB, but then things are always changing around here....who knows what might happen?Thanks for commenting boys!SYF
szandor

December 15, 2008 7:51 PM ET | Delete
SZ - Actually I hate stats, but they can be used to extrapolate trends and show a bit of the larger picture. They also can be used improperly to invalidate good arguments or support bad ones - it is all in the application and the inferences one draws from them.Thanks for commenting!!!!! SYF