Things to do now that Hockey season is over...

Things to do now that Hockey season is over...

Now that the Wings have hoisted, dropped and cleaned the chili out of Lord Stanley's hardware, my thoughts wander as to how hockeybuzzards might try to return to being active, useful members of society, assuming they ever were in the first place. I know it's a stretch...but work with me, ok?

So, now that we have all this extra time on our hands - at least until the Silly Season begins in earnest - I thought I might put together a list of:

Things to do now that Hockey season is over

* Remind the Champion Wings that chili, and certain adult beverages, have the ability to make metallic surfaces somewhat slippery. 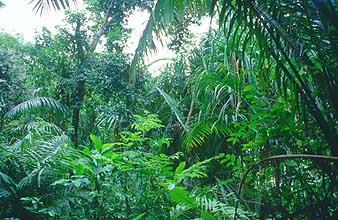 * Cut lawn...yes, that green stuff outside your window that now resembles the Amazonian rain forest.

* Write note to self - the St. Louis Blues really do suck.

* Those people with confused, blank looks on their faces as you walk into the kitchen - they are your family. Take the foil off and go introduce yourself. Atta guy...

* Shave - you look like an early painting of Cro-Magnon man or a late '80s Jerry Garcia photo.

* Time to don your HazMat suit and take the remains of that turkey sandwich that you made during Game 7 of the Capitals/Flyers series out for "proper disposal." I thought I saw it slither over towards the door...wait...ahhhhhhhhhhhhhhhhhhhhhhhhhhhhh! [

* Time to take the "Peter the Puck" air freshener down from your dashboard, big fella. Come on...you can do it. Nice and slow...

* Pay your taxes...sorry the Feds don't care whether you have a season ticket or not - but they SHOULD because it is the best deal in town. The government do take a bite, don't she? 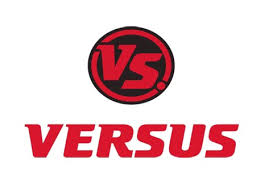 * You are so desperate for puck that you resort to begging...

* You begin to try to imagine the hairstyle Barry Melrose might come up with if he becomes a bench boss in 08-09. The mind just shudders...

* In other Barry Melrose related news...the NHL Board of Governors has deemed that any Melrose-worn apparel while behind the bench, resembling the above photo, will constitute a four minute double minor penalty for interference and nausea and a game misconduct for retinal intent to injure. Gotta keep that wardrobe in check.

* You kick yourself that you didn't cash that "Boots" Del Biaggio check last week. 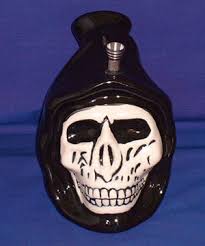 * You wonder whether Ron Wilson might have been standing a little close to the skull bong when he decided to take on the Leafs job...maybe he didn't inhale?

* In other Maple Leaf news, it appears that Cliff Fletcher is going to hang around for quite some time. So to honor the interim-GM, here are some guidlines he might want to consider when checking out the files on his new, off season, stud UFA acquisitions:

Records Nurse: Oh, Doctor, are you all right?
Fletch: Where am I?
Records Nurse: You're in the records room.
Fletch: The records room? Oh, then I'm fine.
Records Nurse: Can I get you something?
Fletch: Yeah, do you have the Beatles' White Album? Never mind, just get me a glass of hot fat. And bring me the head of Alfredo Garcia while you're out there.

Ok...now that I've totally lost it. Time to say goodnight.

June 12, 2008 10:51 PM ET | Delete
LOL SYFIf it weren't for the end of hockey season I would have never packed to move ;)I exect bf 44 to post something about your defaming the blues
Gaels

June 13, 2008 9:27 AM ET | Delete
My agenda... give up on the Mets and see a Phil show and a Ratdog show (and pray to the hockey gods that the isles can actually sign a decent UFA!) Good stuff SYF.
blueline

June 13, 2008 9:42 AM ET | Delete
Great one SYF. No further comment as none is forthcoming and none necessary.
pengal

June 13, 2008 1:54 PM ET | Delete
Hey pengal - I want to buy Boot's share of the Preds. Please insert my name under his pic and forward the $50 or $60m loan at your earliest convenience. I'll be glad to sign all necessary docs. Trust me - I'm good for the dough.
steal_your_faceoff